Congratulations to all our Upper Sixth students on their results today!

Our students have shown significant resilience in the face of adversity this year and an unwavering dedication to their studies, which should be highly commended.

This year, our Upper Sixth students have achieved:

Among those celebrating are: 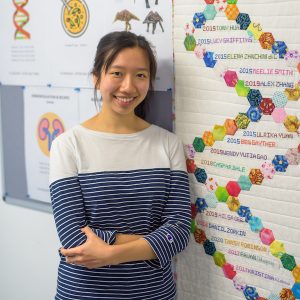 Joey has achieved A*A*A*A* in Maths, Chemistry, Biology and Computer Science and is excited to study Medicine at the University of Manchester later this year. 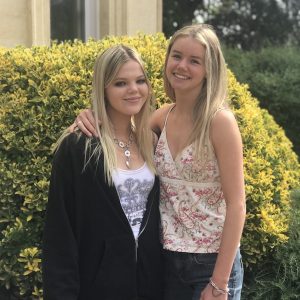 Alice (left) is celebrating A*A*A after studying Psychology, History and Maths, and is heading off to the University of Bath to study Psychology in the autumn.

Emily (right) has achieved A*A*A* in Geography, French and Maths and is off to teach students in Senegal on her gap year. She is also looking forward to starting her Combined Social Sciences course at Durham University in 2022.

Isaac and Tom revised for their exams together and have enjoyed celebrating their successes today. Isaac (right) has achieved AAB in Biology, Chemistry and Geography, as well as an A in his Extended Project Qualification (EPQ) which focused on antibiotic resistance. He is heading off to study Biology at the University of Glasgow later this year.

Tom (left) is celebrating A*A*A in Chemistry, Biology and Geography and an A* in his EPQ, which focused on Marine Biology. He is currently learning Japanese in his spare time and looks forward to applying to Tōhoku University in Japan next year to study Marine Biology. 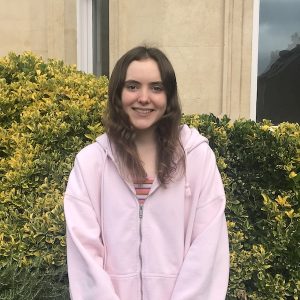 Tirion has achieved A*AA in Economics, Maths and Politics, along with an A in her EPQ which focused on how another Covid-19 pandemic could be avoided. She is really looking forward to beginning her Land Economy course at the University of Cambridge in the autumn.

“I’d describe d’Overbroeck’s as inspiring”, comments Tirion. “You don’t have to have the best grades, it’s about looking forward and achieving great things. Some schools label you from the beginning, but that’s not the case here.”

Every year, our Upper Sixth students progress on to a number of top UK universities. This year, the most popular university destinations for our students are (in order of number of students going to study there):

We also have a number of students who progress on to specialist Music, Art and Drama courses throughout the UK. This year, these include Point Blank Music School, Rose Bruford College and the Liverpool Institute for Performing Arts.

“In the light of today’s excellent results, today is about celebrating all our students who have made great academic progress, whatever their grades may be. We are hugely proud of our students and the work they put in over the year, and we’re delighted to celebrate their achievements with them. Our students have gained places at a number of excellent universities, including Oxford, Cambridge and universities in the Russell Group, and are looking forward to studying a range of degree courses, from Fashion Design and Film Studies, to Medicine and Middle Eastern Studies. I hope they can continue on to their new courses with the love of learning that has been nurtured here at d’Overbroeck’s.” “We are really pleased by our 2021 A-Level results; a fitting tribute to the resilience and commitment of our excellent students.

In the midst of so much uncertainty, we are delighted that our students now have the confidence that an excellent set of A-Level results brings, and which enables them to progress on to their next steps.

There are so many brilliant examples of outstanding individual success in amongst a general level of excellence and I can’t wait to see what they all go on to achieve next.”

“It has been a pleasure for us to work with our Sixth Formers over the last two years and to see them develop their skills and interests.

We hope they leave ready for the next stage of their lives and wish them well for university and their careers. They have demonstrated remarkable resilience in dealing with disruptions to their studies and have adapted very effectively to new ways of learning. This will serve them well for their futures. Importantly they have approached their time in the sixth form, even in the final few weeks, with their usual enthusiasm, a positive approach, creativity and good humour. We will miss them but will keep in touch and will enjoy hearing of their future success.” 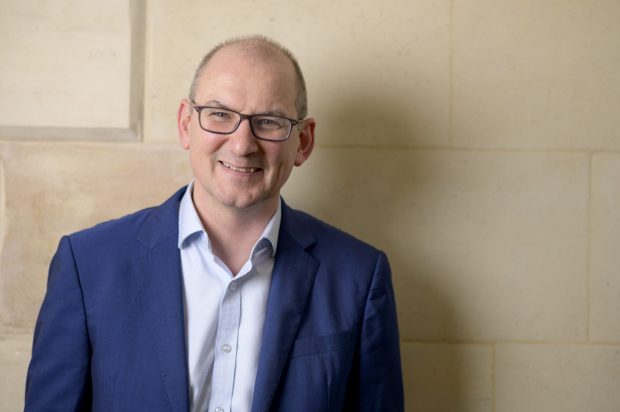 We wish all our Upper Sixth students the very best for their next steps and look forward to celebrating their future successes!

End of Year reflections from the Upper Sixth