What is A-Level Sociology?

In the summer of 2011, England erupted with the worst riots for a generation, with violent protests against police, destruction of neighbourhoods and large-scale looting. Academics, politicians and media commentators have written a great deal, trying to explain why the rioting occurred. In Sociology lessons, we have read articles about the riots, book extracts and even attended a play in London to feed into discussions in class. This is because all explanations are, in essence, drawing on sociological ideas.

These explanations range from right-wing ideas about Broken Britain (feral youths with a lack of male role models and weak moral values, the products of a welfare state and the decline of the nuclear family) to left-wing ideas about social exclusion (young people who no longer feel they have a stake in society and are therefore alienated by decades of ill treatment at the hands of the police), with complaints about rampant consumerism thrown into the mix.

They tap into issues about the role of social institutions like the family, education and criminal justice systems and the influence of the media, along with the effects of class, ethnicity and gender on social behaviour and patterns. In short, the riots, while a disturbing series of events, were sociological gold dust!

In Sociology, we study the way people are affected by society and how society is affected by people. Some sociologists see the behaviour of individuals (such as those who rioted) as determined by how they are raised and educated, what media they are exposed to, whether they are rich or poor, men or women, black or white. Others see individuals as powerful in shaping society and look at the power of some people in labelling others as crucial.

What is undeniable is that, as individuals, we spend almost all our time in groups and that in order to understand our behaviour, we have to examine and assess the impact those groups and institutions have upon us. Throughout it all, we use theoretical perspectives that originated with the industrial revolution (which gave birth to Sociology as a discipline) but are equally focused on explanations that take into account the rapid changes wrought by globalisation, new technology and the mass media.

Embracing the whole of society, sociology is, by its nature, an incredibly wide subject, ranging from why Britain’s religious cult movements are growing to why women in Tibet marry more than one man. We have cherry-picked the most interesting aspects from a range of modules available at sixth form.

The riots, the phone-hacking scandal, the Arab Spring, the hunt for Joseph Kony are just some of the big events we have discussed in Sociology over recent years.  By taking the subject, you become a much more informed, questioning and critical citizen of society. Furthermore, you will take away from Sociology a completely different way of thinking about the world around you, and here is a promise: you will never look at that world in the same way again.

Researching is a key way of understanding the underlying reasons why people behave the way they do. Sociologists research to provide evidence for the claims they make which may involve using a range of methods, such as undercover observations, interviews or analysing media content. This topic evaluates the usefulness of different research methods in terms of their ability to explain human behaviour.

Within contemporary society our culture and identity are constantly changing. This topic explores the mechanisms that have led to changes within gender, sexuality, ethnicity, disability and social class. In addition, this topic provides a fundamental understanding of the structural and action-based theories into the construction of our culture.

Media is seen as one of the most influential agents of socialisation in our contemporary society. This topic will explore the impact of the media on human behaviour. Content of this topic focuses on theoretical explanations of the role of the media, the impact that the media can have on the audience and also the impact of new media forms, such as social media.

This topic explores crime from a variety of perspectives. Initially, it will explain why certain people commit crime from a range of sociological viewpoints. It will then examine the impact crime can have on the victim. Finally, it will focus on strategies to prevent crime, controlling crime and also the punishment of crime.

This topic explores the theoretical understanding of human behaviour. It investigates whether behaviour is best understood in terms of the structural forces upon us, or through interpreting the meanings attached to actions. This fascinating topic delves into a range of different theories and discussions about understanding the social world.

Activities outside the Classroom

Each year we organise a variety of trips to ensure that the study of sociology can be transferred to a real-life setting. In previous years guest speakers have visited d’Overbroeck’s, we have witnessed a court case at the Old Bailey in London, watched a theatrical production of George Orwell’s ‘1984’ and visited ‘The Shard London’ to see the formation of urban environments from a postmodernist perspective. We also attend an annual Criminology conference where students can listen to all the latest developments within the study of crime by leading criminologist David Wilson and hear the fascinating experiences of studying gangs and football hooligans undercover by Donal MacIntyre. 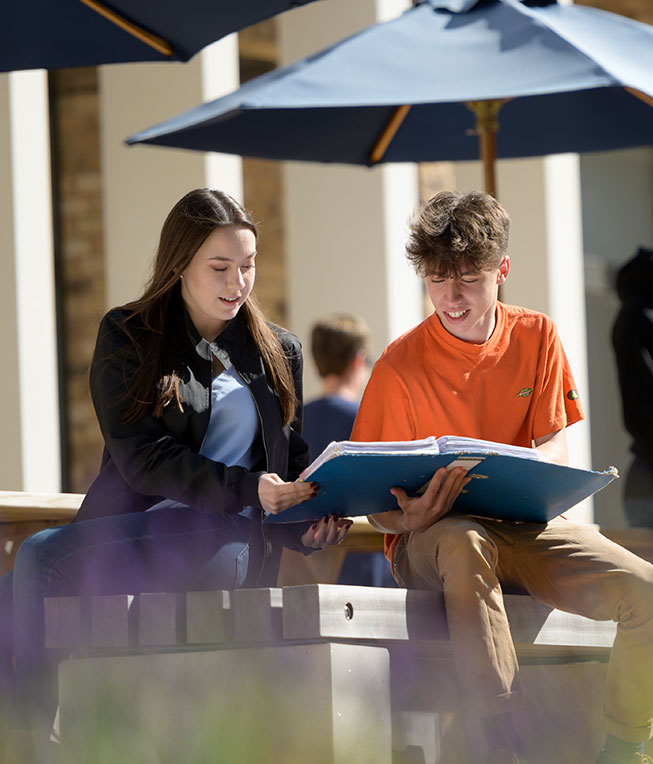 Anyone who has an interest in understanding how the world around them works, and who enjoys critical thinking and exploring ideas from different viewpoints. Students who have shown an interest in and aptitude for English and/or History almost always do well in Sociology, although success in the subject is certainly not limited to those who study these subjects. Sociology is an excellent complement to other subjects too, such as Psychology, Politics and Media Studies, but also provides a good balance if your other subjects are mainly science-based.

Sociology is an academic subject which nevertheless equips students with a range of skills beyond those of the core curriculum. In our classes, you will learn to think critically; to question common-sense assumptions, to solve problems, to work independently (and as part of a group) and to write a clearly structured, analytical essay. All of this makes an excellent preparation for both university and a wide range of careers including law, the media, public relations, market research, social work, foreign aid and teaching.