What is A-Level Media Studies?

Media Studies A level is the study of all aspects of today’s every-changing media from your Instagram page to The Guardian, Fortnite to the controversial ‘Are you beach body ready?’ advertising campaign, your favourite film to Virtual Reality and beyond.

Media Studies is the kind of subject that goes well with most other A levels. Sociology, Psychology, Business, Politics and Biology should be popular companion subjects to Media Studies, along with creative arts subjects such as Art, Photography and Drama which can actually be brought into the coursework.

Some students, on the other hand, may well study more traditional A levels such as Maths, Physics, Economics and History, while enjoying the variety that Media Studies brings to their studies.

In Media Studies, you will study the way every media product – even your Instagram page – is telling a story to someone in order to make money, change opinion or attract positive feedback. In addition to the study of what’s called Media Language, you will also start to examine how different groups of people in society are represented in the media in order to tell a story and why. You will also study how the historical, social, cultural and business context of the media shapes the way media products are produced – the choices that are made – and the way audiences interpret them.

After you have studied this, you will be expected to bring everything that you have learned together in order to study three areas of the media in greater depth. These areas could include the global age of Television such as Killing Eve or the Bodyguard; online media such as Zoella;  glossy magazines like Vogue and even alternative media, such as Adbusters or The Big Issue.

You will also be asked to produce a piece of cross-media coursework that will be worth 30% of the total marks of the course, using all the insights you have gained from studying the media to produce – for example – two interconnected media products such as following a high-quality blog, a music video, a website, an excerpt of a TV drama, a viral video, the front pages of a glossy magazine and even a video game.

While the subject matter can be very similar, the approach is very different. So much so that we expect that many students combine these subjects together, finding that doing so enhances their studies. 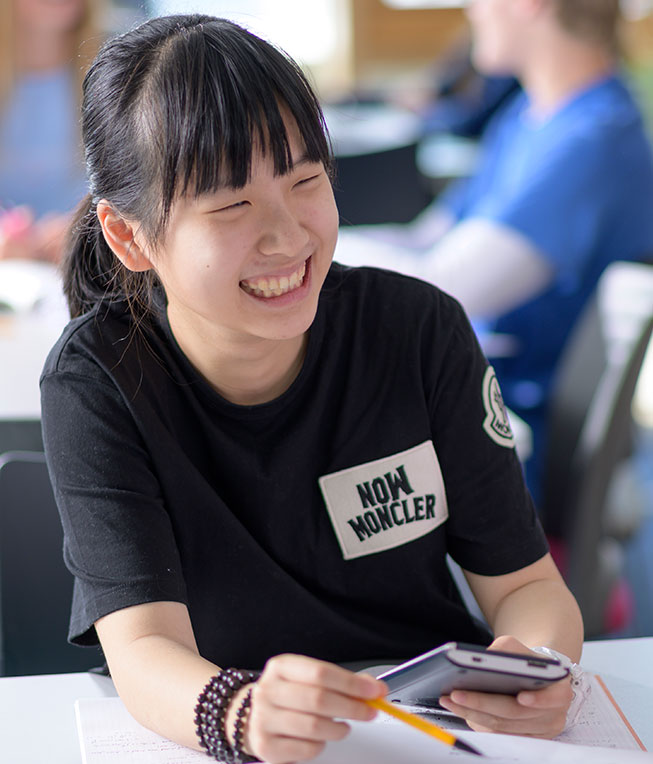 Media Studies suits students who not only have strong opinions and like to debate, but who also enjoy evaluating, criticising and analysing rather than just accepting easy ‘right or wrong’ answers.

The subject will attract those who are willing to engage with contemporary media and its wider cultural context and who are ready – and brave enough – to see connections between the theory and the media they themselves consume. It will suit those who want to get an edge over their friends by developing today the multimedia skills they will need in the future.

It is of course ideal for students who want to work in the media, marketing and other related careers.

Our students go on to study a range of subjects at university. We expect that a good number will carry on with studying Media and related subjects like Digital Culture at Russell Group universities like Liverpool, Leeds, Newcastle, or King’s College, London. Some will go on to study a more specialised course such as Media & Journalism at Cardiff University, Fashion, Public Relations and Communication at UCA, or even Animation at Bournemouth University.

A good number of students will go on to study Marketing at university. Others will study a range of subjects from Business, Politics, and Psychology all the way through to Art and Architecture, also at Russell Group universities such as Bristol and Exeter and at a broad range of other good universities.