Smart School Council system at d'Overbroeck's Years 7-11 - what is it and how does it work?

Years 7-11, the secondary school site at d’Overbroeck’s, has been running a Smart School Council system in recent years, and they have been incredibly successful in making it work for them. Their system has been refined and customised over the years to get the most out of it, and the results staff have seen are brilliant. Mathematics teacher Beth Peace has been leading the council, and says that seeing the results that have come out of it (like improved student voice, and student confidence-building) is extremely rewarding. Some transformations have been notable. Beth told us that one student who was at first very shy with public speaking has improved significantly due to getting involved in a topic she was interested in, and collaborating with her peers in a safe environment. Now there is no stopping this student, and she is boldly speaking out in her class and getting others organised! 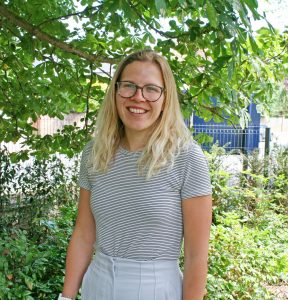 Smart School Council is a programme that provides ideas for a school council team structure and also visualisation options for results such as graphs that appeal to the secondary school age group. From this, schools can build on this system and adapt it as necessary to fit the particular school. At d’Overbroeck’s, the system is organised using both in-person and online collaboration, with lots of fun multi-media options.

We asked Beth more about what the Smart Student Council is, how it works, and how using technology is beneficial for running it.

“Our School Council system at d’Overbroeck’s Years 7-11 is working really effectively and we would love to tell you more about how it works at our school. We are now entering the fourth year of our ‘Smart School Council’ with the idea that the school council should be more inclusive involving every student, member of staff and parents, too! Students who feel passionately about making a change should be able to drive that change themselves, rather than needing to channel their views through their form rep (as per the old system). There are three key elements to our Smart School Council system: Class Meetings, a Communications Team, and Action Teams.

During morning registration, we hold weekly Class Meetings where every student votes on a topical question. Each meeting lasts 5-10 minutes and they are run by the students, not the teachers! Every form needs to have one Leader, to host the meeting and read out what is on the board, and one Note Taker, who sits at the computer and clicks/types as necessary. As well as asking a new question each week, students also get to see the results of the question from the previous week and any actions that will happen as a result. Every form group also gets to compete to see who will be the first to complete it each week!

To give an example, this half term we asked the following question: 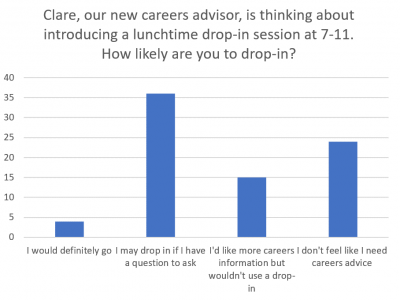 As a result of this Class Meeting, Clare will be starting ‘Futures’ on Wednesday lunchtimes with a different theme each week such as ‘Your Superhero CV’ – thanks, Clare!

Our Communications Team is a small group of students who keep everyone involved with the School Council and make sure everything runs smoothly. The idea is that change within the school should be driven by students, not by teachers. As well as seeing their smiling faces below, they also recorded quick introduction videos using Flipgrid in our first meeting together.

There are six different roles with two students per role: 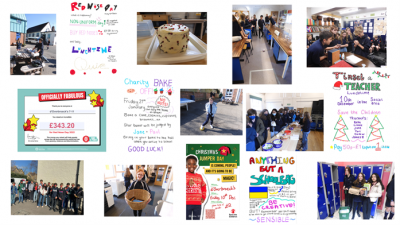 During September any student who wished to apply was asked to prepare a short speech that they read to the returning members of the Communications Team from last year. The new team has got off to a flying start, and they are making effective use of our Microsoft Office 365 apps to enhance their collaboration. Each role has a section in the ‘Collaboration Space’ on OneNote, and every student works on their device simultaneously during our meetings. Here’s a small snip from the Events Organisers section to give you an idea: 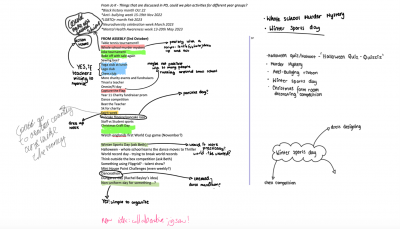 Action Teams are student-led groups to make positive changes within the school. For example, this might be setting up a new club or organising a fundraising event. One of the roles on the Communications Team is the Action Team Developers who help to run some Action Teams and encourage students to set up their own. If students have an idea for a change they would like to make within the school then they can set up an Action Team and make that change! They just need to speak to the Action Team Developers and they will help with whatever they need so we can make d’Overbroeck’s Years 7-11 the best place it can be!

Last year one of the huge successes was a School Lunches Action Team. Early in the year, some students wanted to pass on some feedback about the School Lunches, with particular frustration that the delicious desserts sometimes ran out before the end of lunch. The Action Team developers were quick to action, asking a Class Meeting question to gather more information. Following the Class Meeting question, they arranged a lunchtime meeting with Sue, the head of Catering, for any students to drop in and feedback their suggestions to improve the school lunches. Now the puddings never run out, and there have been many more positive changes such as cheese with the jacket potatoes and jugs of water on the tables. Thanks to Sue for listening to our feedback and giving up your time to meet with the students. Following this success, Ishan has arranged another meeting with Sue in November to share any new feedback from this academic year.

As well as looking at school lunches our Action Team Developers have also facilitated some Year 9s in setting up a lunchtime Lego Club and a Gardening Group too, with many more ideas to look at in the coming half term.

Every year we celebrate Anti-Bullying Week at d’Overbroeck’s, usually with an Odd Socks Day. This year following a Class Meeting Question, the Events Organisers are running things slightly differently! They are working with some of our Anti-Bullying Ambassadors to plan an event in which we tie a Blue Ribbon around school. They have put out a plea to the school community to bring in any lengths of blue string/ribbon to try and reach 180m (yes, they measured it with a trundle!), with a beautiful poster that has gone up around the school.”

Beth has been doing an excellent job running the school council, using her skills as a teacher to give structure and support where needed, and allowing students to flourish.