By Naomi Richards, Teacher of History at The International School and MUN Lead 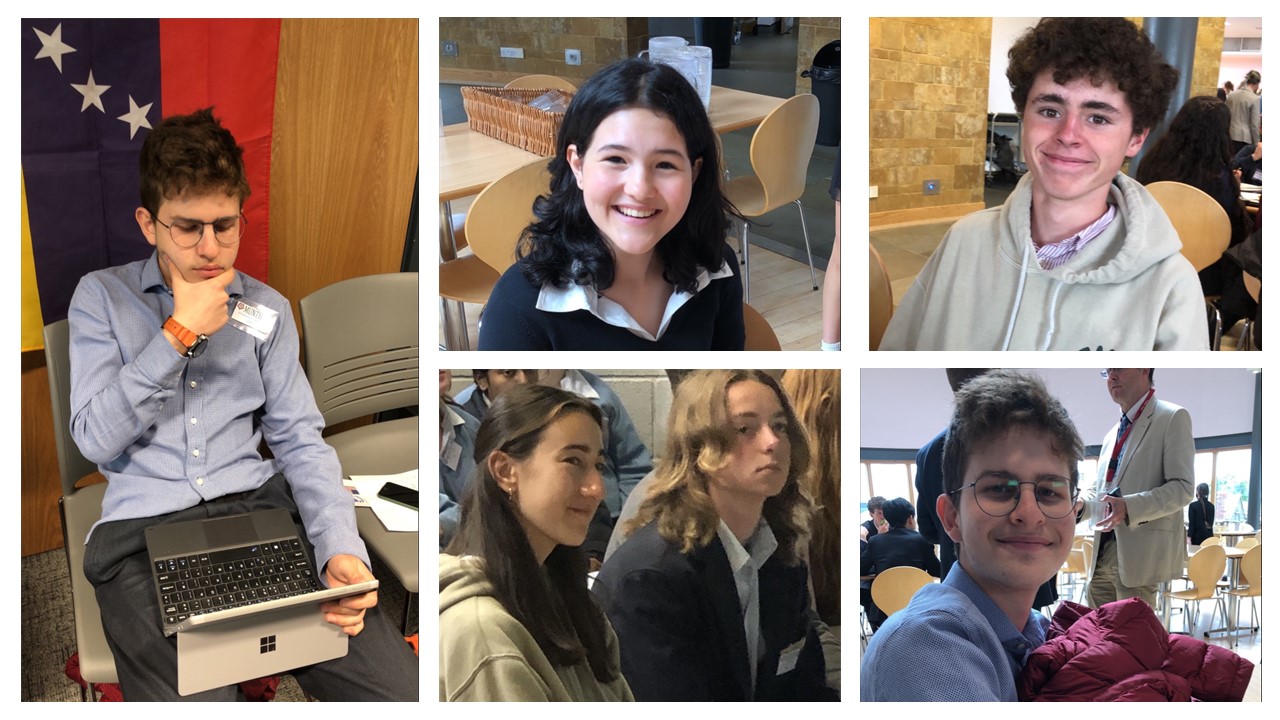 Eight students from The International School and Years 7-11 took part in a multi-committee conference at Tudor Hall School near Banbury. Between them, they represented Brazil, Nigeria, Japan and the United States, and they debated some hefty issues. Should prisoners be granted the same level of healthcare as everyone else? What is the future for the environment in terms of sustainable transport and methods to revive extinct species? Is it truly acceptable that any citizen should have the right to carry a gun for self-defence? At the end of the first session, I asked them how it was going. Lewis looked particularly thoughtful. “The most challenging thing I’ve done this morning is to represent the USA. I am trying to persuade European countries that guns aren’t that bad. They are not convinced.” By lunchtime, his resolution to allow for increased gun ownership had been defeated, but he remained cheerful. Kathi had some words of wisdom. “Nobody remembers the failures, only the successes. Keep going!” 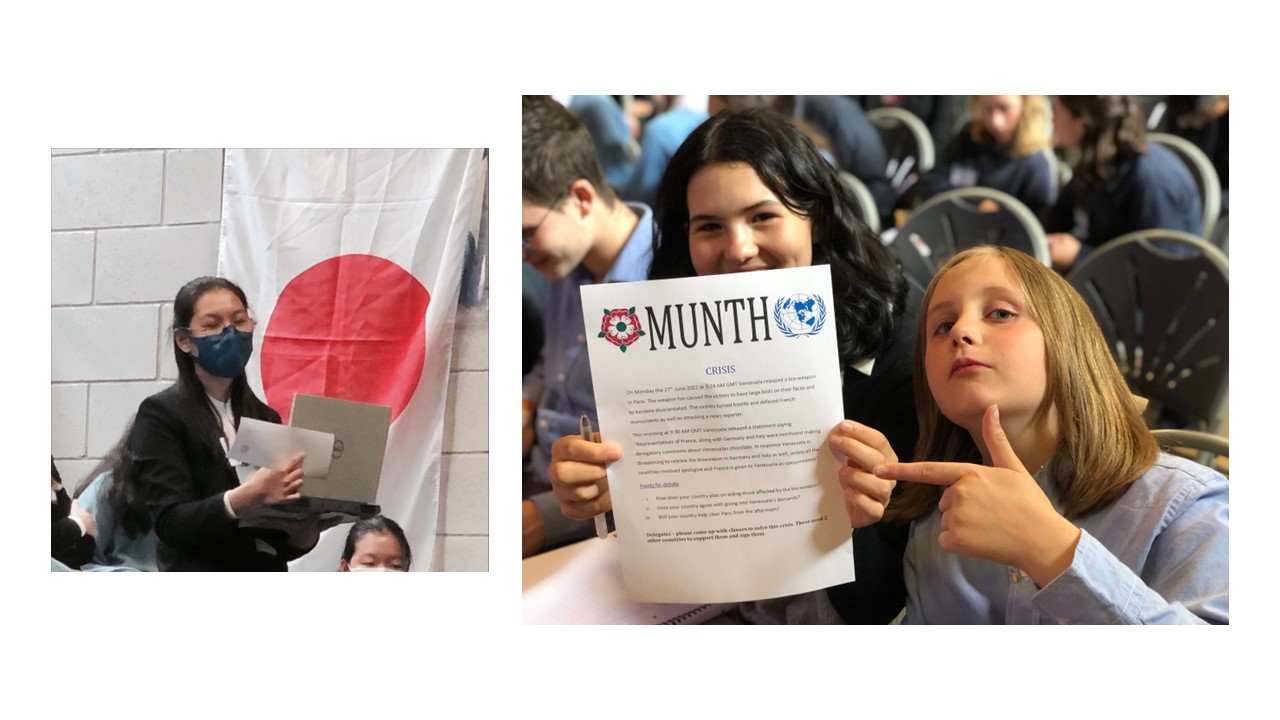 It was clear by lunchtime, that alliances were being forged amongst the students. The mood was very good humoured, as everyone gathered together for the General Assembly meeting. There was a crisis to discuss: Venezuela was threatening to unleash a biological weapon in Paris in response to insulting comments about Venezuelan chocolate from countries including France. Instantly, everyone was galvanised. Venezuela was demanding not only an apology but a commitment from all countries to sell Venezuelan chocolate. A spirited debate on the question of free speech ensued. Esther was particularly eloquent on the subject, and was certainly winning the argument. Venezuela’s motion to force an apology and impose a clause about all countries committing to sell Venezuelan chocolate was defeated, but there were smiles all round and all agreed it had been a wonderful session. 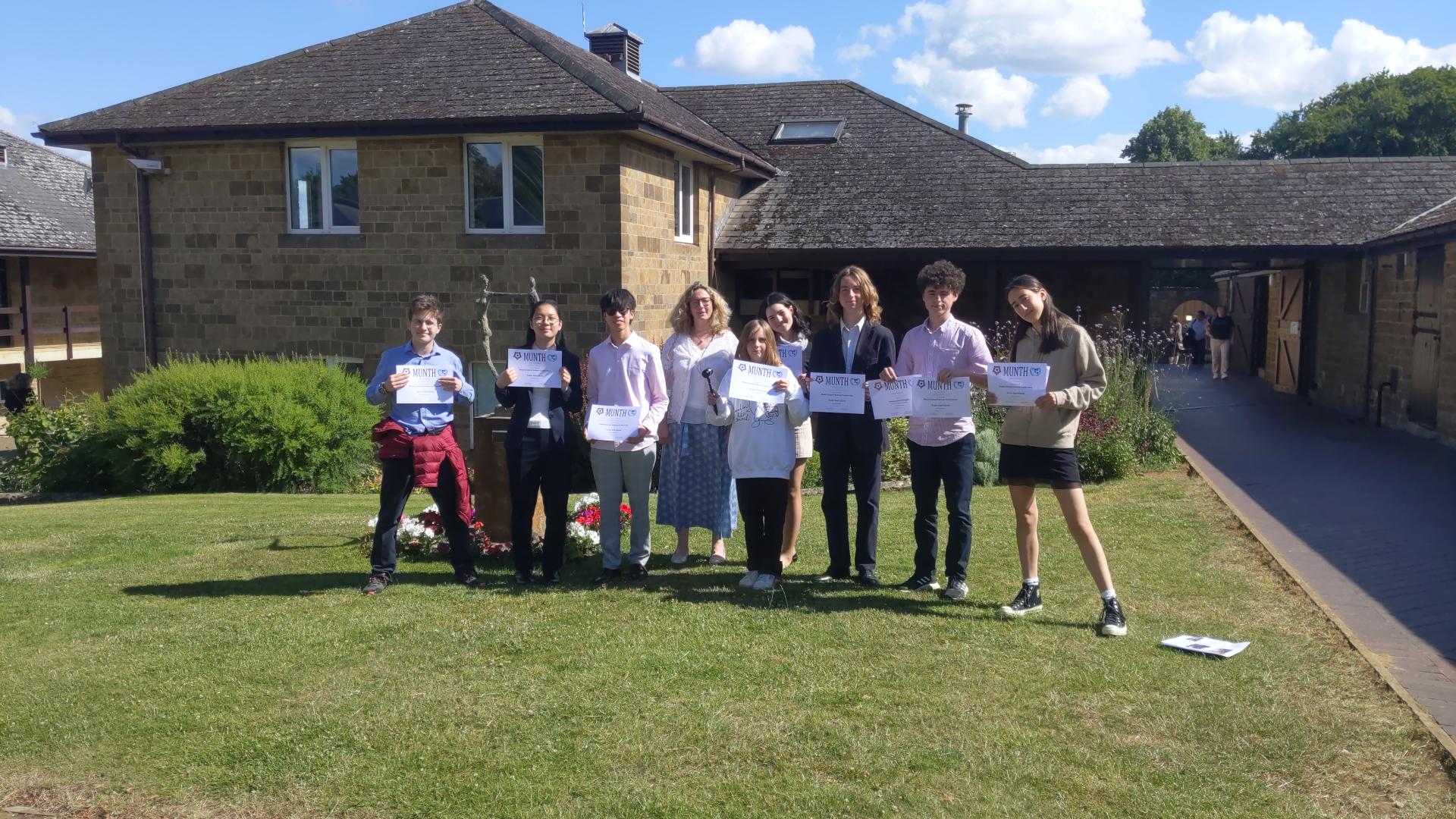 At the closing ceremony, some wonderful and unexpected surprises. Natalia, our youngest and least experienced delegate from Year 7, won the award for best delegate on her committee. She is now the proud owner of a rather lovely wooden gavel. I hope she goes on to chair a debate in future, and put the gavel to good use. Five other students: Kathi, Esther, Leo, Lewis and Guven also won certificates of commendation. It was a wonderful end to a fantastic day.

Natalia’s career starts with a bang!

No Model United Nations conference can run without a gavel. Bang! The Conference is officially opened. Bang! Delegates are called upon to speak. Bang! A motion, an amendment or a whole resolution is passed. A gavel is a big deal.

At the centre of this picture is Natalia, awarded a gavel for being the best delegate in her group. An impressive achievement for anyone, but particularly so considering that Natalia has only just reached the end of Year 7 I asked her about how she felt. She considered the question. “Pleasantly surprising” she said. Then she smiled. “Actually, it’s pretty stimulating.”

Natalia joined MUN in January, as part of the group that meets most Thursday lunchtimes. She was the youngest member of the group: everyone else was in Year 10 and Year 11. She took an active part in the sessions, but decided she was not quite ready for the conference held with Oxford International College students in February. This meant that the Tudor Hall School conference was her first. She was representing the USA and had to speak and help make resolutions on two weighty subjects: sustainable transport and the rights of prisoners to access proper healthcare. With less than two weeks given to prepare beforehand, there was not time to do all the required research during the lunchtime sessions. How did she manage it all? “Felix in Year 11 helped me a lot. He was great.”

This is the magic of MUN. It brings students from different year groups and different nationalities together. Students from The International School work alongside students from Years 7-11, and there is a real spirit of co-operation. Is Natalia going to continue with MUN next year? “Yes. It’s my favourite thing along with critical thinking (run by Simon Harrison).” Would she recommend MUN to Years 7 and 8? “Definitely, and I already have few times, actually.”

We think that’s a win too.