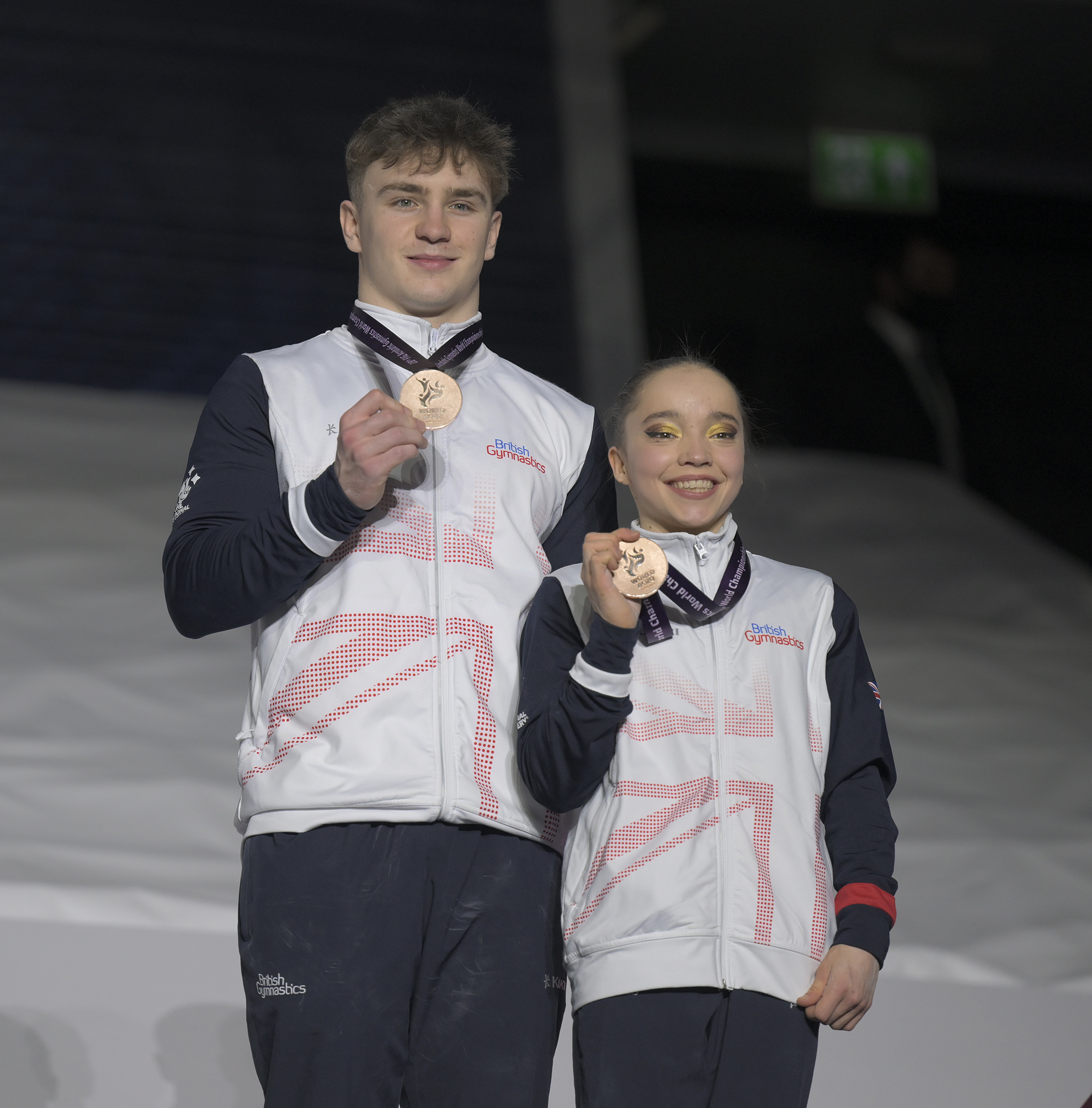 d’Overbroeck’s Sixth Form student Natasha is “overjoyed” after taking home three medals from the World Acrobatic Gymnastics Championship, held in Azerbaijan. After stunning performances, she won Silver for the All-Around Mixed Pair, Bronze for the Dynamic Routine Mixed Pair, and Silver for the Balance Routine Mixed Pair. The International Gymnastics Federation, Fédération Internationale de Gymnastique, is commonly abbreviated to the FIG, and is the governing body of competitive gymnastics worldwide. The global competition was at the senior level, meaning Natasha and her partner won second place on the world stage: an outstanding achievement. 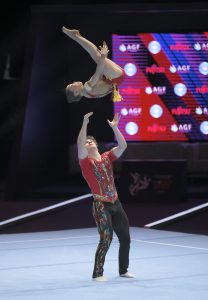 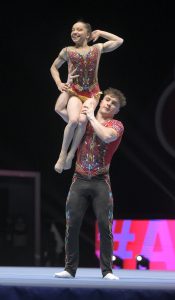 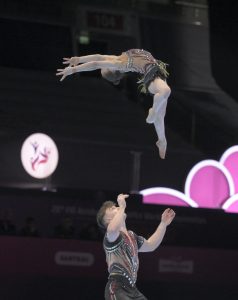 Natasha trains at least three hours a day and travels to Bristol six times a week, all while studying her A-Levels in Art, PE, and Maths. She also does additional strength, conditioning, and fitness work back home in Oxford.

About her performances in Azerbaijan, Natasha said, “I feel a bit starstruck, it was an incredible experience. Not just competing at the Acrobatic Gymnastics World Championships and doing so well, but also the arena, meeting gymnasts from other countries and the incredible city itself Baku. It was really amazing.

Every single medal was a shock and every time we won it was more and more amazing, my acro gymnastics partner Dylan and myself were just overjoyed. The first one was a Silver medal in the ‘all around’, then a Bronze for our ‘dynamic’ routine then another amazing Silver for our ‘balance’ routine. The cherry on top was winning a fourth medal as overall the GB team won Bronze.”

Natasha developed an interest in gymnastics at a very young age, then at the age of 11 she joined her local gymnastics club where she “just fell in love with the sport”.

She is a proud student of d’Overbroeck’s and said, “d’Overbroeck’s has been amazing in helping me do my gymnastics and been so flexible. All of my teachers have helped me catch up with recorded lessons and one-to-one sessions. All the staff have been wonderful, a lot of people don’t know about the sport but when I’ve explained it to them, they have been really impressed. Johny, Head of Sport and my PE teacher, has been really supportive and helpful along with my Director of Studies Leon who has helped me balance my training with studying and been so excited for me when I perform. I couldn’t have asked for a better school to have helped me, particularly as I have such a long journey to gymnastics training near Bristol six days a week and I also train at home before school. If it wasn’t for d’Overbroecks I wouldn’t have been able to achieve that.”

Her life is incredibly busy trying to balance her schoolwork with training, but Natasha remains diligent thanks to the consistent support of school staff and digital learning opportunities provided from the school, saying “To get to training on time I have to leave school at 2.15pm, so I will do homework in the car on the way down and on the way back catch up with the recorded lessons. I also have meetings with my teachers and use my free periods and days off from training to catch up on work missed.”

So, what’s next for Natasha? She said, “We have some international World Cups coming up which are part of a league series competition held over several months in Portugal, Poland and Germany. Plus, hopefully the European Games next year. My dream is to join Cirque du Soleil, so alongside acrobatic gymnastics I train in flying trapeze and aerial disciplines in Oxford when I get some spare time to give me the best chance of realising my dreams.”

UPDATE ON THIS STORY

Today (1 December 2022) we received the fantastic news from Natasha that her dream has come true. She has been given a contract with Cirque du Soleil and will be performing with them in their new show ‘O’ in Las Vegas, starting in March 2023. There will be four months of training prior to the show.

d’Overbroeck’s Head of Sports and Co-curricular Jonathan Richards said, “I am so pleased, what an achievement. Natasha cited this as an aspiration in her scholarship interview with us three years ago and it’s already a reality: phenomenal. It’s a testament to her hard work and dedication.”

All photos in this post are courtesy of the FIG, more information about them can be found here: Fédération Internationale de Gymnastique (gymnastics.sport)