What is A-Level Film Studies?

Some have described Film Studies as ‘the English literature of the 21st century’, and this is the spirit in which Eduqas have designed their new linear specification, aiming for students to develop analytical skills similar to those acquired in English Literature. In Film Studies, however, we are not just engaging with words but images and sound, performance and light, as well as all the complexities of film techniques and the myriad social contexts in which films have been produced and watched over the last hundred years.

Many modern films open with a scene without dialogue, and yet, without any direct explanation of who is doing what and why, we understand a lot of what is going on. Having watched different films over many years, we have unconsciously developed an understanding of film language. A level Film Studies is really about studying and understanding that process, from tiny details to broad vistas of social and historical context. At the micro-level, for example, the director’s choice of lighting and camera angles in a scene can manipulate our perception of a character as hero or villain. In the film as a whole, we interpret characters’ motivations and actions based on our knowledge of other films in the same genre. Finally, our study of the cultural, institutional and political context of the film can help us to understand a film’s target audience, messages and values.

Over the two-year course, you will study eleven feature films and a number of shorts, covering a wide range of eras and countries.

Each film is studied on different levels:

With some films, we also study more theoretical aspects such as ideology or auteurship.

All these aspects feed into creative coursework. Having studied how professionals approach filmmaking, students apply it to their own creative project (script or short film) and write about their use of techniques to create meaning and elicit a response in their target audience.

Which films will I study?

For each part of the course, we select films from the examination board setlists, which will change from time to time. Examples of films we are currently studying in the first year include Shaun of the Dead, No Country for Old Men, Blade Runner and Pan’s Labyrinth. This reflects the wide range of film styles we study. You will probably be less familiar with some of the films we will study in the second year, which will include documentaries, silent and experimental films.

At the end of the two-year course, students sit two essay papers based on the films they have studied.

Component 1: Varieties of Film and Filmmaking (35%)
In this paper, you will answer three questions: one on early Hollywood, one on modern Hollywood and one on British film.

Component 2: Global Filmmaking perspectives (35%)
In this paper, you will answer four questions: One longer essay on global film, and three shorter questions on a documentary, silent cinema and experimental film.

Component 3: Production (30%)
The coursework component is prepared over three terms, using creative skills that students have developed throughout the course. Students may produce either a short film or a screenplay and storyboard, plus a written evaluative analysis. The coursework must respond to a given brief, eg. a narrative with a twist, or a narrative that develops a conflict between two characters. 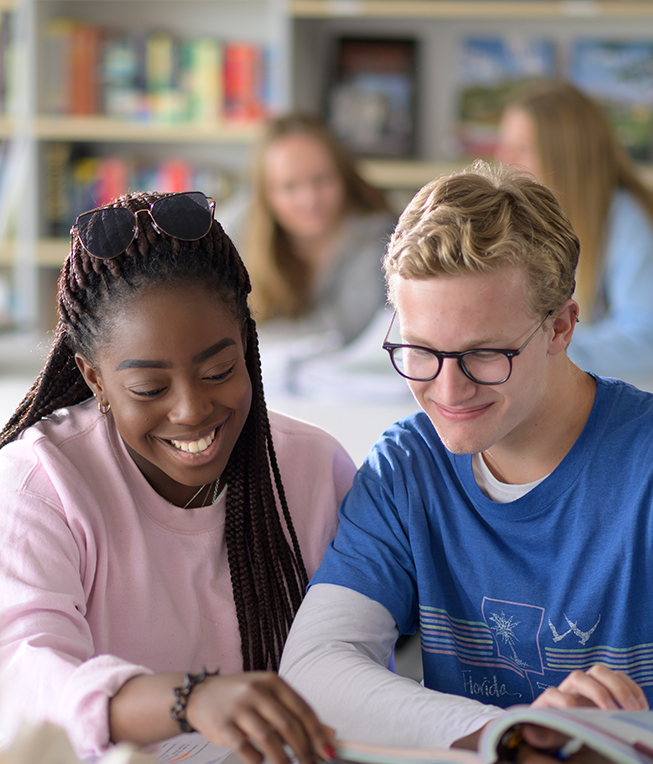 If you love watching films and debating and sharing your opinions of films, then welcome to Film Studies. If you are curious about how films can have a powerful impact on audiences and would like to look more closely at this process, then Film Studies is the subject for you. You will learn not only to say what you think but to write thoughtful, measured arguments about films, weighing evidence and sharpening your writing skills. You will need a curious and enquiring mind as we look for the less obvious elements of films – the editing techniques that we are not supposed to notice, the hidden agendas and narrative tricks that filmmakers use to attract an audience and convey an idea. Film theories often incorporate elements from other subjects such as Sociology or Psychology, so you will need a broad mind and be prepared to look at a wide range of sources, threading together different ideas to produce nuanced analysis.

70% of the assessment is written, so as a Film Studies student, you need to be happy to develop your essay writing skills. However, there is also a creative component in which students can try filmmaking or screenwriting for themselves. This is where you will apply everything you have learnt about narrative structure and where you will need to demonstrate how your cinematic influences have contributed to the production of meaning and audience response in your own creative work.

Universities offer an increasing number of Film Studies courses, ranging from very practical to highly theoretical. These are often combined with other subjects including a wide range of modern languages, drama, literature, art and even philosophy. There are also many related courses in the field of media and communications.

However, for students who want to pursue a career in a different field, Film Studies is considered as a solid A level – universities are aware that students who did well must have good essay-writing skills. Moreover, in our increasingly visual culture, Film Studies promotes rigorous critical thinking and an ability to analyse narrative and visual media, whatever form they may take.