On the evening of Tuesday 10 May, d’Overbroeck’s proudly held its first ever Sports Awards Dinner to celebrate some of the incredible sporting achievements by our Sixth Form students over the last year. The event was the first of its kind, held at the Sixth Form campus, and d’Overbroeck’s staff are keen to make it an annual event. This event was a chance to award trophies to the students who have achieved exceptional progress and successes in their chosen sport, as well as get all of the sports staff and students together in one place for an enjoyable evening.

Amy Rossiter, Teacher of PE and Sport here at d’Overbroeck’s who organised the event, said,

It was a lovely evening hearing from all the sports teams and the success they had this year. Was especially nice to hear some of the stories from the Captains and it came across how the U6 will miss the teams they are part of when they leave.

Coaches Player – Will – Will has been a stalwart of the d’Overbroeck’s Sixth Form team since he was in Year 9. While many will celebrate scoring achievements over all else, without Will’s contribution on both ends of the court, we would not have had anywhere near the level of success that this season has brought. Will is a dominant defender, a big threat on offence, but also a leader and good communicator. In training he has been tireless in his efforts, and often puts his own body on the line in games. His example is one that the rest of the team follow, and his contribution as captain next year will be an important one, for all the reasons mentioned.

Sportswoman of the year – Bel – Bel’s commitment to her show jumping over the last two years has been outstanding. She has had many difficulties with her horses as well as having her own struggles with injuries. Her determination to overcome these setbacks have been prevalent. She has become a better show jumper, and this has shown in her results throughout the year. Bel has been a consistent performer in the 95 category but this year she has gone on to become just as competitive in the 105 category. Bel managed to qualify for the Spring National Final competition for her pony club this year. She finished the qualifiers in 2nd place for both the 95 & 105 categories. Congratulations Bel on being awarded the Sportswoman of the Year.

Commitment to Sports – Simon – Since Year 9 Simon has participated in many sports with distinction – rugby, football, basketball, athletics. He co-captained the basketball team this year which was pivotal in the team’s commitment and success. He did this alongside one of the first on team sheet for the school football team. He has attended tours, and always gives 100%. He always listens to coaching input, and always supports his teammates.

Team of the Year – Basketball – In 5 years of coaching basketball at d’Overbroeck’s, this is clearly our most successful team. Our season started with some important training sessions, selecting a team, and building relationships between teammates. With no fixtures last year due to COVID, even our Upper Sixth students came into the season relatively inexperienced.

A preseason friendly win against King Alfred’s set up a run of 4 games unbeaten as our boys beat Wood Green and Cheney B away, and then Warriner at home. Cheney A proved a tougher test and gave our team its first defeat. This could have been demoralising for the boys but they bounced back to win the next game against Bicester and set up a semi-final place. Lord Williams school came to our home court at Oxford University and were sent back having faced a dominant d’Overbroeck’s. The final, played on neutral ground, saw our boys face a talented St Gregory the Great. With a winning basket in the last 20 seconds, we came away the Oxford Plate Final champions.

As well as local victories, our team had the chance to travel to Budapest in Hungary to face schools from around Europe. Nord Anglia put on a festival of sport, where our teams showed just how talented, organised, and well drilled they were, by beating every team they came across.

Victories tell a story about a team’s season, and while we had many wins and great performances, this season has been typified by the character of these young men. These basketballers love the game, play regularly together outside of sessions, and support each other through successes and failures. It was an absolute pleasure to coach this group who rightly deserve the award for Team of the year.

Outstanding Sporting achievement – Natasha– World Championships – At the Acrobatic gymnastics she won 3 medals, plus numerous podiums at Europeans. Read more about Natasha’s story in our blog post linked below, as well at the Nord Anglia Sports Festival event.

We are so proud of all the winners and hope to hold another Sports Award Dinner next year! 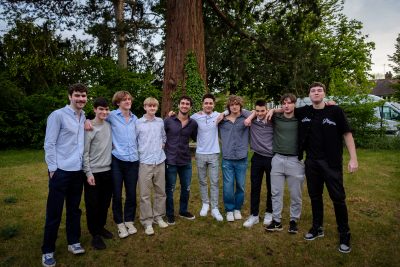 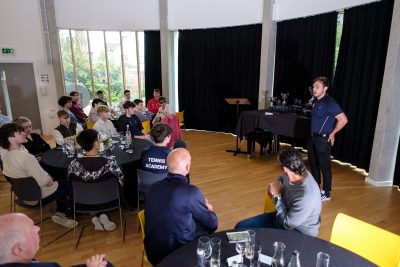 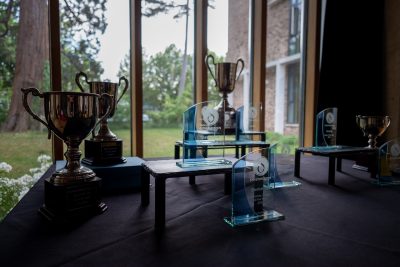 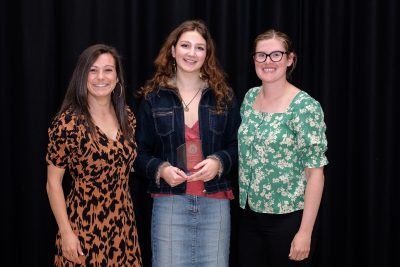 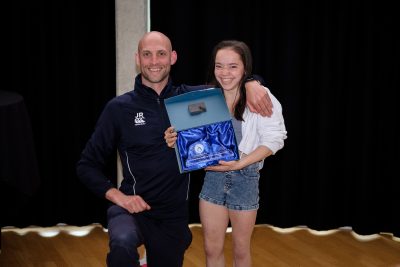 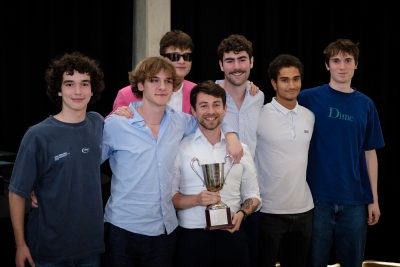 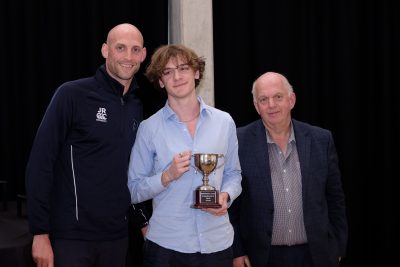 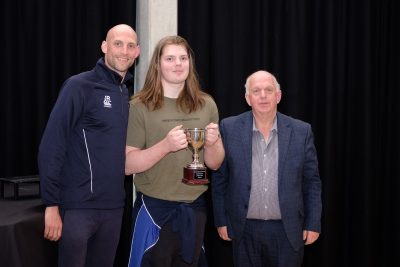 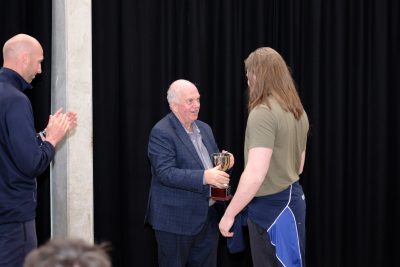 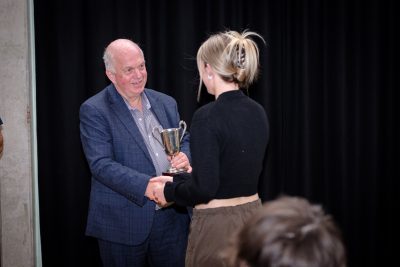 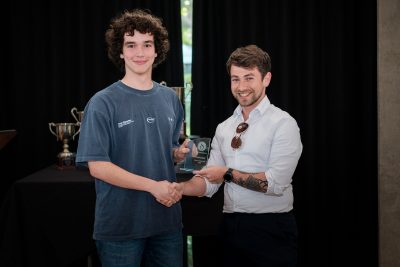 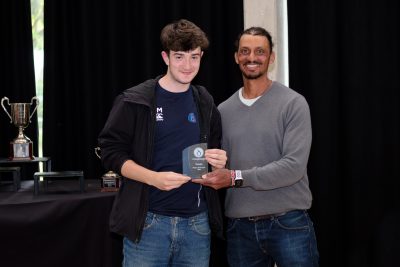 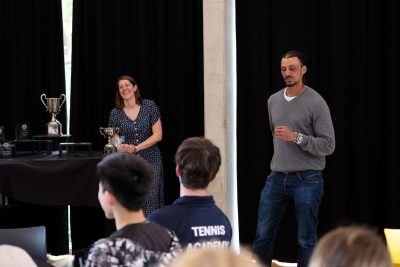 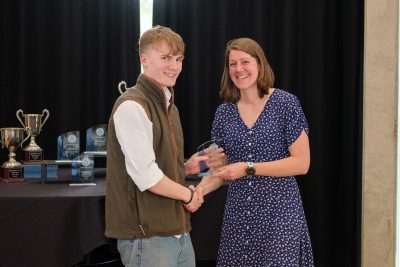 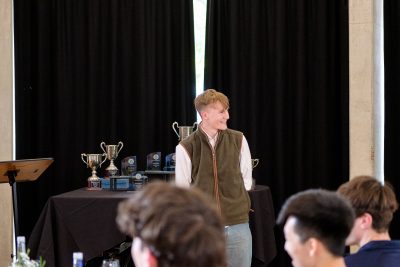 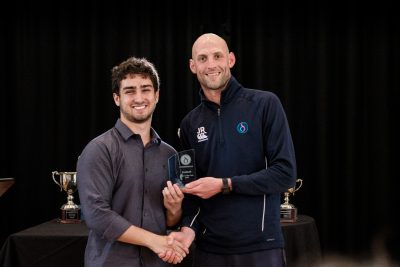 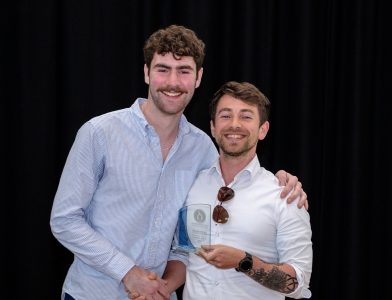