Back by popular demand, Neuroscientist and Professor of Medicinal Sciences, Dr Guy Sutton, joined Upper Sixth Psychology students on Friday for a day of science, thought-provoking lectures and brains!

The morning session began with a recap of content covered in the A-level Biopsychology unit, such as the main brain regions, before quickly moving beyond the curriculum to topics such as the effects of drugs on the brain, open-brain surgery, epigenetics, AI interfacing with the brain and the brain after death. This included information on the most recent, cutting-edge research, some of which are not even in textbooks yet. A highlight of the day was dissecting a sheep’s brain. Dr Sutton pointed out the brain regions which we had covered so far, as well as introducing us to new areas, allowing those who wanted to the opportunity to hold brain parts such as the cerebellum, the pineal gland and the corpus callosum.

The afternoon session emphasised the role of the brain in crime, supporting our current study of Forensic Psychology in lessons. Dr Sutton explored with us the various roles of psychologists in the forensic domain other than offender profiling, including forensic entomology and odontology. We spoke about trauma – its effects on people and their brains – in conjunction with terrorist incidents such as the 9/11 attacks and the Lockerbie bombing. We also discussed the complexities of the nature-nurture debate when applied to legal situations, looking at case studies such as Donta Page, Oscar Pistorius and the assassination of John Lennon.

Dr Sutton’s infectious enthusiasm for everything we covered made the day interactive, engaging and a valuable insight into the wider context of our A-level content. It was an equally enjoyable, fascinating and thought-provoking day! 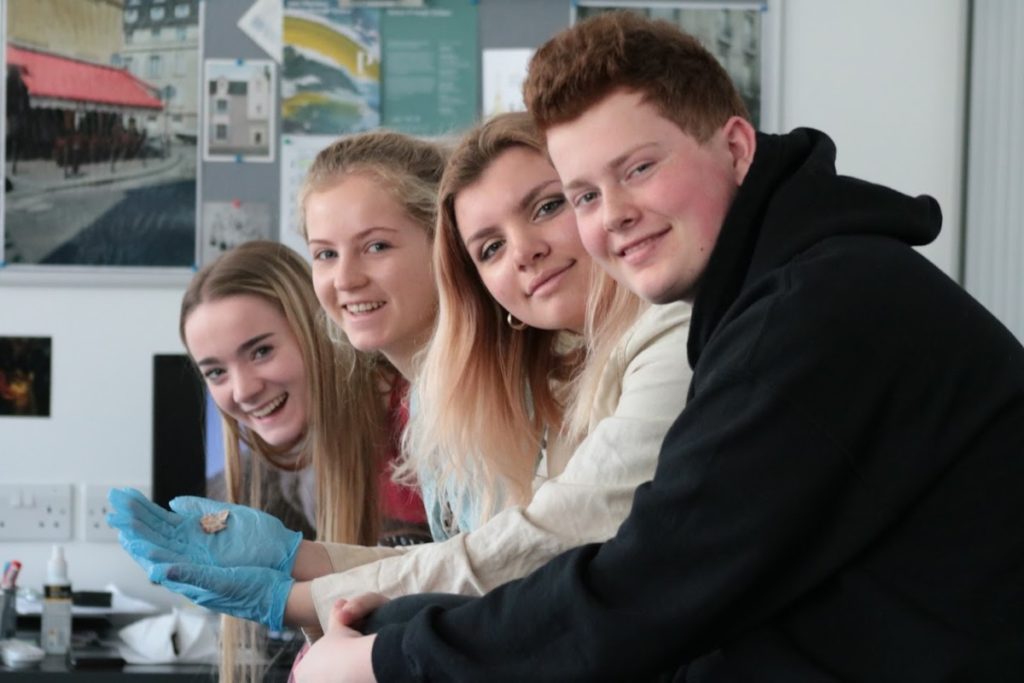 A busy week in Biology, including “A theatre of one’s own”