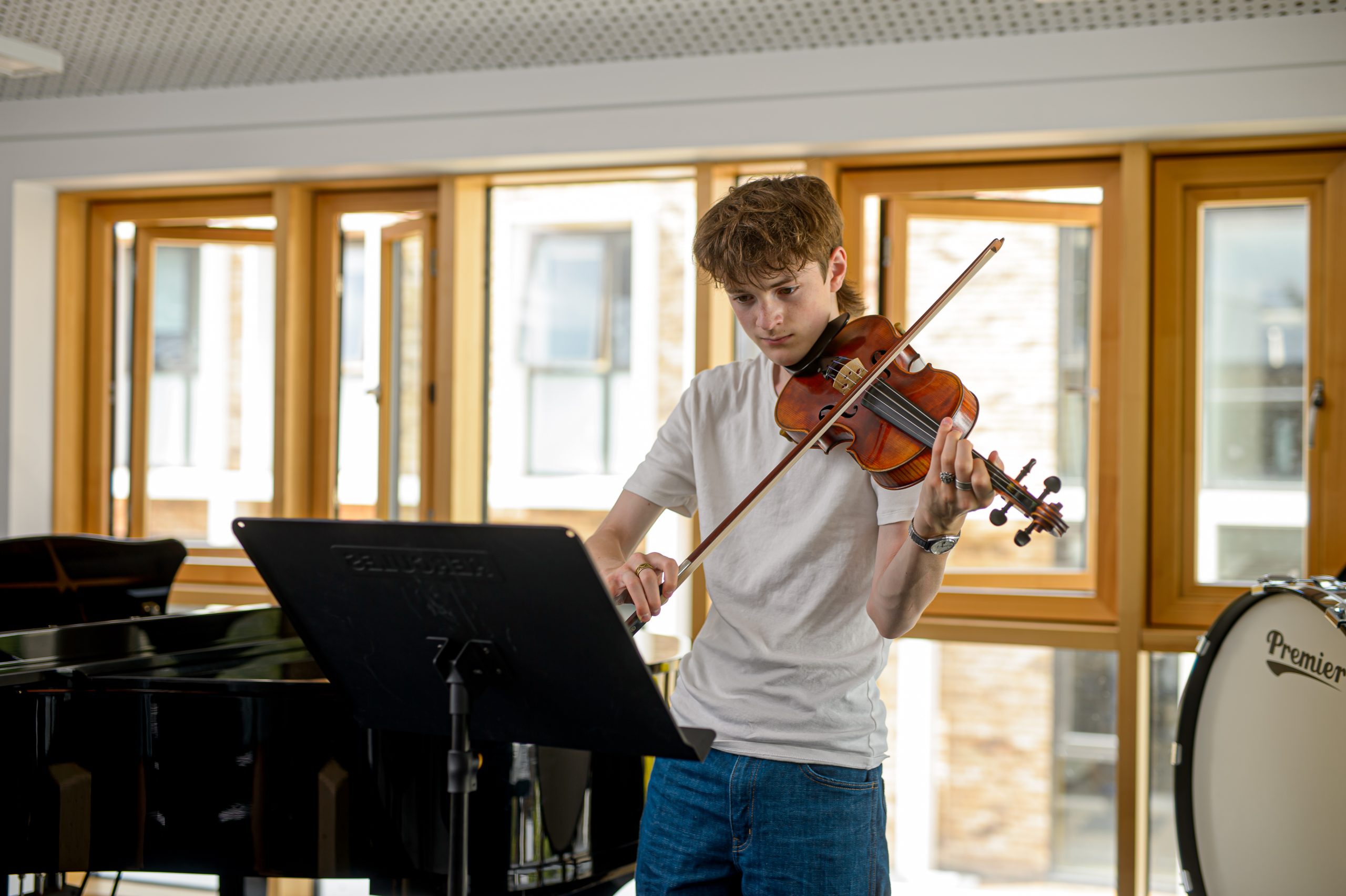 This year’s competition theme is TRANSCENDENCE, and we invited students to compose a piece that reflects this idea and what it might mean to them. Similar to last year, the works of Beethoven and Pärt were highlighted as a useful starting point, but we were pleased to see composers drawing on many different styles that they find inspiring.

We had a number of creative and imaginative entries from students from all over the UK and thoroughly enjoyed many hours of happy listening!

The shortlist for this year’s competition includes:

Our judges Priya Mitchell, Jeremy Arden and Jonny Greenwood have met and, after careful deliberation, we are pleased to announce that the winner of this year’s competition is Claudia! Congratulations to Claudia and also to our runner up Matthew!

Well done to all those who made the shortlist – it was a very difficult decision with such fantastic compositions to choose from – and indeed to all those who entered the competition this year.

The winning composition will be performed at d’Overbroeck’s in the Cohen Hall next year, date to be confirmed.

As last year’s festival was cancelled due to Covid-19, the winning pieces were never given their planned public premieres. With restrictions now lifted, our musicians (Marie Schreer – violin and Joseph Crane – piano) were finally able to come together to record them.

Hear from our performers, Marie and Joseph, as they reflect on our 2020 winners’ compositions:

This Violin Sonata was written in June and July 2020 during the first Covid-19 Lockdown. It expresses a variety of themes prominent during this period, such as brotherhood, isolation, and freedom.

The sonata is formed of two movements that should be played without a break. The first movement is written in sonata form, common in Beethoven’s time. The second movement is written in ABABCDE form. The choice of having only two movements instead of three is to signify incompleteness and lacking – feelings associated with lockdown. Both movements are heavily dominated by fourths in order to produce a strong and sonorous colour. The piano is predominantly used to create rich textures and all chords should be played like bells; thus, the pedal should be used throughout.

Do Not Go Gentle Into That Good Night – Thomas

Towards the end of his life, Beethoven used music to overcome his deafness and existential struggle. He began to write increasingly complex and contrapuntal music, including (unusually) a sacred work, the Missa solemnis, suggesting an acceptance that death was approaching, but a refusal to stop composing. My piece represents that struggle, and is named after Dylan Thomas’s poem which so succinctly captures that feeling of ‘rage’ against death. The opening material is gradually overwhelmed by a much darker motif. As the conflict between the two reaches a peak, it is resolved by the theme turning into a less menacing subject for a short fugue, just as Beethoven returned to stricter compositional rules as an antidote to his unravelling private life. But the theme returns, even more thunderous than before, and the piece ends with hints of a final ‘Amen’.