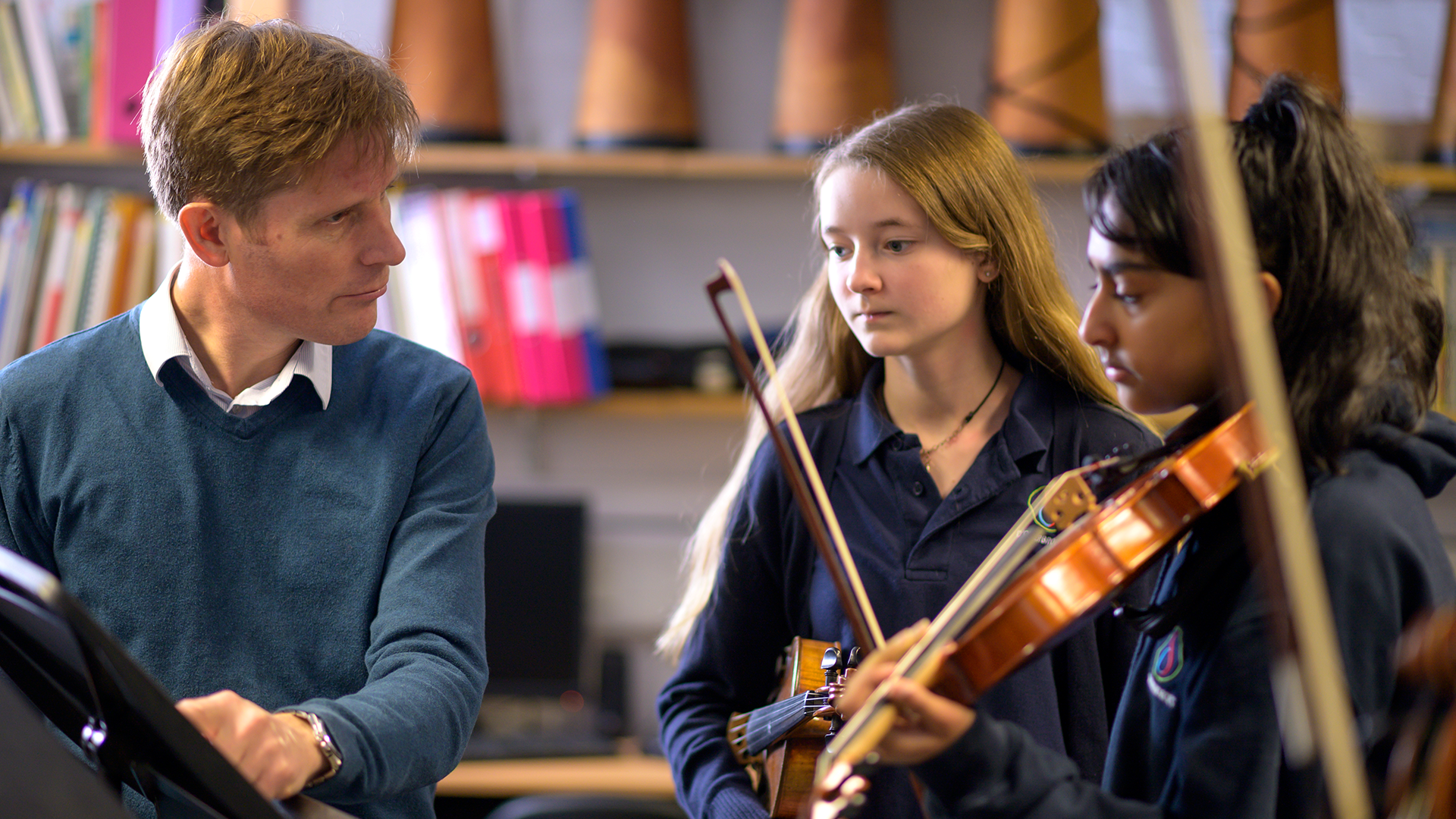 “The Oxford Chamber Music Festival (OCMF) is an inspirational concert series that takes place in Oxford at the beginning of October every year and which features international performers from the world of classical music.

d’Overbroeck’s is delighted to be working as Partner School with the Oxford Chamber Music Festival again this year. Our commitment to making music as approachable and enjoyable as possible for all of our students is mirrored in the OCMF’s educational vision: they too seek to introduce music in all of its glorious complexity and life-affirming richness to as wide an audience as possible. There is no sense of being patronising; programmes are not dumbed-down; but the energy, enthusiasm and desire to communicate that their wonderful musicians bring to each performance break down the barriers of exclusivity that deter so many from classical music.

This year’s Children’s Concert in the Sheldonian Theatre is an amazing opportunity for students from all over Oxfordshire to experience fantastic music with world class musicians in a fabulous, local setting. This year’s theme showcases the power of music to tell tales and convey landscape and the concert will feature Scandinavian folk music (including a massed folk singing session with all of the assembled schools) and Norse readings as well as Grieg’s beautiful Holberg Suite.  Personally, I can’t wait to take our Year 7 and 8 students and the musicians from the d’Overbroeck’s International School to be part of the action on 9 October.”